…so, with such a need for improved paint systems, paint technology evolved.

…and paint manufacturing went from this: 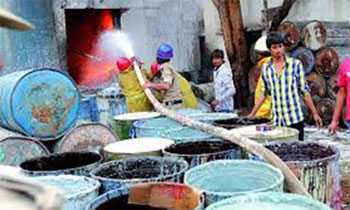 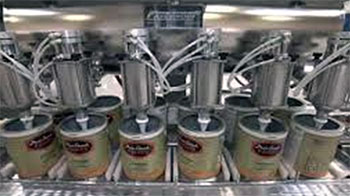 Ever since, paint technology has improved and today’s assets are far better protected 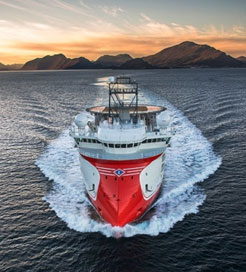 So there was a definite need for a treatment to stop rust and prevent it spreading.

It wasn’t a quick process – it took them over a year.

The ‘Eureka’ moment came when at trial formulation number 661 – they finally made it work!

And so, the product took the ‘now famous’ name of Neutrarust 661.

As word spread of this new ‘Wonder Product’, Neutrarust International Ltd was formed by the inventor, who took personal control of the business and marketing.

The first major breakthrough was the Ministry of Defence. With most military equipment being made of steel, rust was a major problem with repairs costing £millions.

So the M.O.D. had a vested interest in this great product and it was tried, tested and approved for use on all assets. Neutrarust 661 and TL were granted NATO Codification.

In fact, at the time of the Falklands War, the British Fleet was in need of some paint and tonnes of Neutrarust were used ‘en-voyage’ to tidy up the ships – which were bound to be featuring in the World’s media during the campaign.

It has been in use, particularly by the Royal Navy, ever since!

The business grew and appointed various distributors around the world who promoted the product with great success.

Sadly, the inventor, who had driven the development and marketing of Neutrarust died in 1990 and without his management skills, the business faltered.

Global Corrosion Solutions, a company totally unassociated with the inventor – but with the approval of his family – was formed with a view to saving the product and making it more readily available in the United Kingdom and beyond.

Further security was obtained when the Intellectual Property Rights to the formulas were assigned in 2010 from the direct descendant of the inventor.

This website uses cookies to improve your experience while you navigate through the website. Out of these, the cookies that are categorized as necessary are stored on your browser as they are essential for the working of basic functionalities of the website. We also use third-party cookies that help us analyze and understand how you use this website. These cookies will be stored in your browser only with your consent. You also have the option to opt-out of these cookies. But opting out of some of these cookies may affect your browsing experience.
Necessary Always Enabled
Necessary cookies are absolutely essential for the website to function properly. This category only includes cookies that ensures basic functionalities and security features of the website. These cookies do not store any personal information.
Non-necessary
Any cookies that may not be particularly necessary for the website to function and is used specifically to collect user personal data via analytics, ads, other embedded contents are termed as non-necessary cookies. It is mandatory to procure user consent prior to running these cookies on your website.
SAVE & ACCEPT
Share This